IT DIDN’T LOSE EITHER.

So as is his style Murdoch’s still at it. With the unexpected twist of Cuomo’s resignation Murdoch is doing what he’s always done… sending in his linebackers and defensive tackles, while he adapts and waits.

Dirty politics is nothing new … and we were educated more than we cared to be to that fact during Trump’s Administration. He built on a long history of Republican tricksters. Nor are dirty politics partisan. They operate in Red, Blue, and Independent camps. If we gave them a color it might be cash-green or blood-red. In uncertain times, like now however, the color code becomes particularly complex. ‘Who’s cheating who, and who’s being true, and who don’t even care anymore?‘

Reactionary ideology is important to Murdoch, but not as important as making money. Not because he’s enamored of money for living a rich lifestyle like most people. To men like Murdoch, money = power. Money not only keeps the shareholders happy, but it also provides the means by which he can subsidize his unprofitable or barely profitable newspapers because they are crucial to the way he wields power.

The Murdoch media is a cancerous growth on our democracy. It no longer even pretends to be a media organization, separating out news coverage from editorial opinions. Instead, as he orchestrated political chaos in Australia, Murdoch prefers to be a de facto political party prosecuting his own ideological and economic interests.

In his campaign to rid New York of Governor Andrew Cuomo (which can be followed transparently in his own New York Post’s past issue timeline) Janice Dean, who was already on his payroll at Fox News, was his pick. Will she be his pick for Governor in 2022? Certainly, she makes a good puppet. And Hochul IS Democratic with solid political ambitions of her own.

“She’s become known as a fearless critic of the New York governor — and a growing number of Republicans in the state are chattering about the possibility the weather woman could credibly challenge the Democratic pitbull should he seek a fourth term in 2022.

She counts former Fox news colleague Megyn Kelly and Megan McCain (R) daughter of late Senator John McCain as supporters but with the Murdoch Machine has even more powerful and perhaps more sinister connections: in January of this year Dean addressed a group of GOP activists and donors alongside state Republican Party chairman Nick Langworthy in a Zoom call that sounded more like a stump speech, with Dean hurling anti-Cuomo red meat before a hungry audience. And the NY Assemblyman Ron Kim at the heart of the push for the very questionable ‘investigation” that led to Cuomo’s resignation and which this Magazine believes will end in a turn that will come back to bite James, Sheriff Apple, and others involved, were partners from the get-go as far back as August 2020 when Senator James Tedisco, Assemblyman Ron Kim and Fox News Meterologist Janice Dean teamed up on the Nursing Home issue to go after Cuomo. Though not generally known as one of the cable network’s fiery opinions hosts, Dean, 50, became a single-issue tornado for Murdoch.

So Murdoch has Hochul for now. The question is will Hochul (or even less likely Tish James), be his ‘horse’ in the race as he bides his time and waits for more favorable times or will Janice Dean be his ‘dark horse’ gamble? Dean’s public face has certainly left the door distinctly ajar:

“I am still with Fox for now by contract agreement. But listen, you never say never in this life, right? And many people have gotten into government because something personal has happened to them,” she said.

“I told her months ago that she would make an excellent candidate for public office,” Staten Island Councilman Joe Borelli told Murdoch’s New York Post.

New York’s Republican Party Chairman Nick Langworthy said, “Someone like Janice Dean would be an absolute nightmare for [Democrats] Andrew Cuomo. She’s intelligent, accomplished, has a national profile and she’s fearless. We will be conducting a widespread search to select the best candidate to take him on and Janice would unquestionably be a welcome addition.”

Dean says she’s happy where she is at Fox News — for now. Meanwhile, as questions heat up surrounding the legitimacy of the “investigations and allegations” that took away New York’s legally and legitimately representative government …

It will be interesting to see whether Hochul’s “I’m still the one standing’ declarations, and Tish James’ ability to defend her actions to New York’s voters, and Murdoch’s hidden agenda motivations will win out. Is Dean still his pick?

Do the Democratic voters of New York State still have cards to be played? 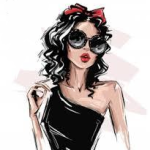 Linda Michaela is Managing Editor of BW2W, an author and entrepreneur.
Please comment below or you may email:
admin@beautywomantowoman.com